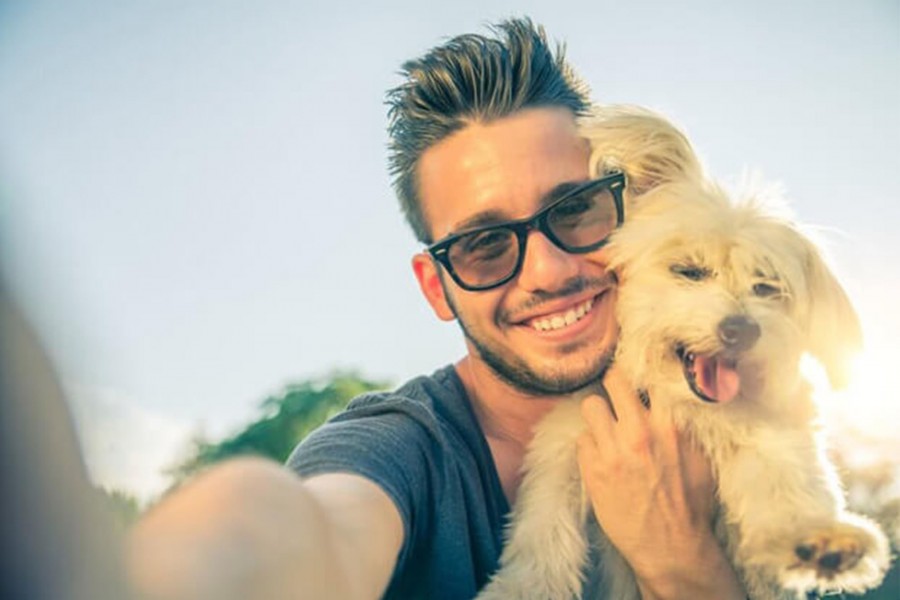 Dog lovers have always known there was something special about sharing their life with one. Recently, researchers, scientists, doctors and therapists have become increasingly interested in this phenomenon. As stories come to light about how dogs have helped people in incredible ways. If you thought man’s best friend was great before, wait until you learn about these amazing benefits of having a dog companion.

People are judgmental and often not good listeners. Dogs not only love unconditionally, but they seem to have no problem listening to their owners talk and talk. A newly published University of Cambridge study showed that children, particularly girls, disclose intimate details with their pets, more so than even their own siblings.

A study conducted in 2002 showed that having a dog (or cat) around can keep people calmer, even in a stressful situation. They found that people with a dog or cat had lower resting heart rates and blood pressure and also had smaller spikes in both, when put in a stressful situation. Another study found that dogs lowered blood pressure better than an ACE inhibitor when stressed!

Because your dog wants to be active, he makes you more active. Studies on the elderly have found that those owning dogs are more mobile and better able to perform daily living tasks, such as climbing stairs, bending, kneeling, stopping, bathing, dressing, and even taking medication and preparing meals.

A recent study showed that when our dogs look at us, oxytocin is released in both dog and owner. This is the same hormone that is released when parents look at their own infants. So, just gazing into your dog’s eyes can make you happier. Several studies have also shown that dog owners are less likely to be depressed.

People 65 or older that own pets make 30 percent less doctor visits than those that don’t own a dog or a cat. If all of the above was not enough, a new study that is currently being done by Lincoln Memorial University with a grant from The Human Animal Bond Research Initiative (HABRI) is out to prove that people with healthy dogs are healthier and less likely to have things such as heart disease, hypertension, diabetes and lack of physical activity.

Your dog is keeping you healthy in so many ways, be sure you are returning the favor by keeping him heathy as well! That starts with a good diet, like our Grain Free line of Stay Loyal dog food.