Is The German Shepherd Dog The Dog For You? 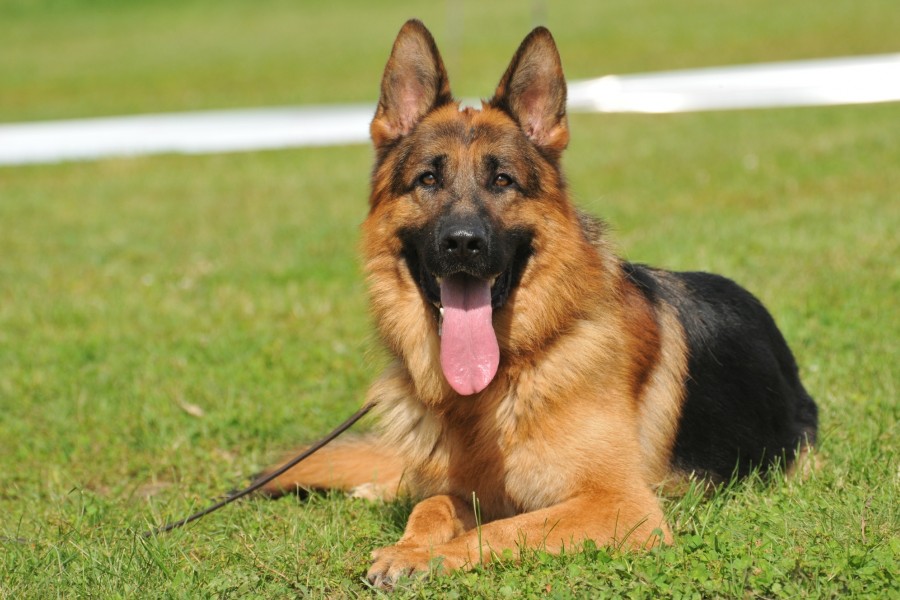 Is The German Shepherd Dog The Dog For You?

Although the name implies a gentler ancestry, German Shepherd Dogs are most widely recognized as police or military dogs. They are seen as intelligent protectors, making them an attractive dog to many people in many different situations – from obedience competitors to those looking for a family pet. If you have been thinking about adding a German Shepherd Dog to your family, check out this information sheet to help you decide if the German Shepherds is the dog for you.

As the name implies, the German Shepherd Dog was developed in Germany in the late 1800s to herd and guard livestock. They are considered a “tending” breed – meaning they were used to keep the livestock in a designated grazing area and would constantly run the borders of that area to do so. In contrast, Border Collies for example, are herders, used to move the animals from one place to another. This does not mean, however, that the German Shepherd is not able to herd, many are very successful at that job as well.

A man by the name of Max von Stephanitz is credited for creating the standard for the breed, with the founding of the Society for the German Shepherd Dog in 1899 and the first dog to be registered within it, Horan von Grafrath. In 1919, 54 German Shepherds were registered with the UK Kennel Club. By 1926, the number had exploded to 8,000. The breed has continued to grow in popularity the world ever since then.

Since then, the German Shepherd has continued to grow in popularity. In fact, in the 1990s it was the most popular dog in Australia, based on puppy registration numbers.

Today’s German Shepherd Dog is approximately 25-43 kg in size and 55-65 cm tall at the withers, with females being on the smaller of these scales. They can also have a shorter “stock coat” or a longer stock coat. The average lifespan is between 9-13years and some getting up to age 16.

As one might guess, the German Shepherd is a brave, intelligent breed that has a willingness to learn and loves a job. While these traits make them a great choice as a working dog, it can cause trouble in a family scenario. They instinctively guard their owners, and can be over-protective.

Considered “aloof,” they can be reactive to strangers if not properly socialized. However, a well-bred German Shepherd Dog should not be fearful! Fear can turn into reactivity and even aggression. Meet the parents and siblings and do not get a puppy that show signs of fear. A properly bred and trained German Shepherd should be gentle with other animals and children.

Like most herding breeds, the German Shepherd Dog has a fairly high energy level and needs daily activity – both physical and mental – to keep him happy and healthy. At the least, your German Shepherd will need a long walk daily and a chance to use his brain. Best, is giving him a job to do – whether that’s obedience, agility, herding, nose work, or just tricks for fun. Having an energetic job to do that also employs his brain will help keep your German Shepherd from being destructive or running your fence line endlessly.

Being a larger dog bred for outdoor work, the German Shepherd Dog is happiest with a yard to run in, with the option of coming into to be with the family. Remember, as herding dogs, they were bred to work with humans. As such, they do not want to be left on their own. Your yard doesn’t have to be huge if you plan on taking your shepherd out for daily exercise.

A trend in show dogs has created a severely slopped back in a lot of German Shepherd’s today. Unfortunately, this slopped back increases their likelihood of back and leg issues, especially hip dysplasia. Working lines tend to have more of the straight back and are therefore a better choice if you want to avoid vet bills. Either way, be sure the breeder has tested all breeding stock for hip and elbow dysplasia, as it is hereditary.

Degenerative myelopathy – a progressive disease of the spinal cord in older dogs – is also found in this breed. Again, German Shepherd Dog’s with severely sloped backs are going to be more prone to this disease as well. The breeder should also know if this hereditary disease is found in their breeding stock.

As a larger dog, they are also prone to bloat, so make sure your German Shepherd dog does not eat to rapidly. Also not feeding to close to exercise and limiting activity after eating can help prevent this deadly occurrence.

The German Shepherd Dog is ranked just behind the Border Collie and the Poodle for intelligence, so if you are looking for a dog that can learn just about anything, this may be the dog for you. They are also eager learners, make them fun to work with and fairly easy to train.

No matter if your German Shepherd is just a family dog, or destined to be a champion herder, you will need to make sure they are properly socialized to avoid reactivity.

Our feeding recommendation is to feed your German Shepherd Dog Stay Loyal’s Large Breed Puppy until around 9-10 months of age, due to their size as an adult. Then, switch to the Adult Chicken, Lamb & Fish.

If you think the German Shepherd Dog is right for you, be sure to do your research and select a responsible breeder that breeds for health and temperament. Ask to see the parents and the puppies. It’s even better if you can see past litters grown up and always ask for references. Doing your research now will ensure you and your German Shepherd will have a long and happy life together.

NewerUnnatural Behaviours We Expect From Our Dogs
OlderWhat Can Acupuncture Do For Your Dog?