What is Fly Snapping Syndrome in Dogs? 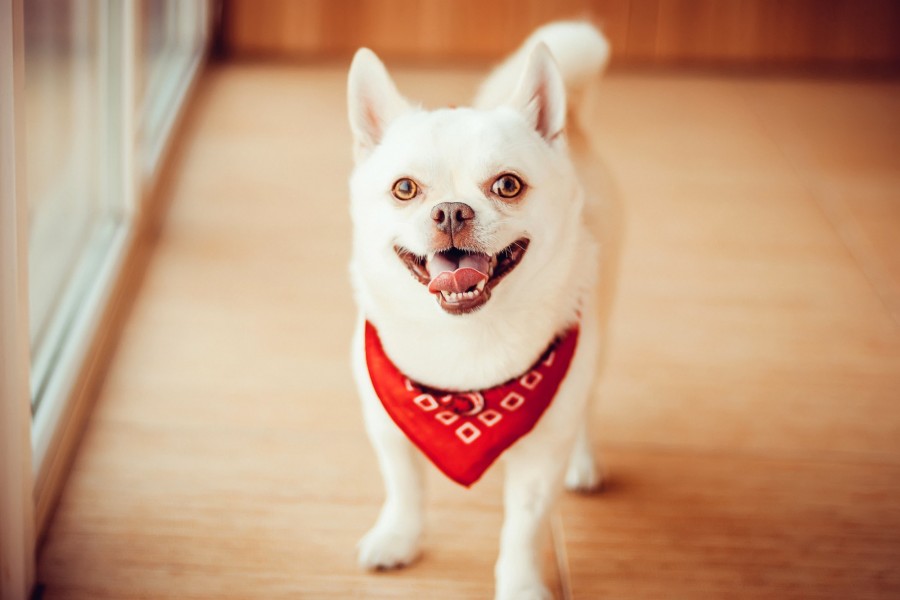 Does your dog seem fine one moment, and the next she is snapping at flies in a very determined way…except there are no flies? Many dogs may also lick their front paws, but the dogs seem neither upset or disorientated during the episodes. Some dogs will seek their owner afterward or during the occurrence. So, what exactly is going on?

This strange behavior is still not 100% explained by veterinarians. While they are currently working on what may be the cause, the main thought is that it is a type of complex partial seizure, according to Dr. Dennis O’Brien DVM, PhD, Diplomate ACVIM, at the University of Missouri, U.S.A. O’Brien is a specialist in neurology and is researching canine epilepsy.

Humans who have epilepsy often see hallucinations, and so it is thought by vets that fly-biter dogs (as they are sometimes called) may be hallucinating as part of a seizure. Unfortunately, it is very difficult to map out one of these episodes using an EEG, and so definitive proof is hard to come by.

Instead, most veterinarians will put the dog on an epilepsy drug, such as phenobarbital, and see if the episodes lessen. If they do, the dog most likely has epilepsy. However, if the dog was already having very infrequent episodes, it can be hard to tell if the medicine is helping or not. Some dogs exhibiting fly biting end up having grand-mal seizures, which of course makes the epilepsy diagnosis much more probable as well.

There are other causes for the behavior that veterinarians at the University of Missouri, U.S.A, say are much less likely, but could still be a possibility. One theory is that the dog has a chunk of debris in the fluid of the eye, which the dog sees as a fly and tries to snap at it. However, of all the dogs they have examined with fly-biter syndrome, not one of them has ended up having something in their eye, so this theory is probably not sound.

Another theory is that the dog is having a hallucination from migraines (just as some people with migraine headaches say they experience before getting one). However, since the dogs do not seem to be in pain during an episode, they think this is not likely either. Since our dogs cannot tell us if they are pain, this is a hard one to prove or disprove.

Should I worry if my dog exhibits fly biter behavior?

Dr. O’Brien recommends watching your dog. If the episodes are infrequent, their may not be anything to worry about. But, if the episodes become more frequent or are accompanied by a grand-mal seizure, it’s time to see a vet.

The group of vets at the University of Missouri and Minnesota are working with the American Kennel Club and the Canine Health Foundation to try and better understand and document canine epilepsy, especially if it’s hereditary or more common in certain breeds. They are asking everyone to participate in their research.

There is also the International Veterinary Epilepsy Task Force. They have a set of guidelines for epilepsy research that the Australian Veterinary Association is using to try and find out more information about seizures in dogs, which may help to unravel the mystery of fly snapping syndrome.

I have a 6 year old Maltese that thinks there a fly on the side of her head she was caged a lot before we adopted her 4 months ago I have noticed this from the day we brought her home she was used for breeding before I homed her .

I have 3 dogs and they all chase and eventually catch flying sultana's, as we refer to them to our dogs. A fly enters the house and my dogs will try and catch it. It is an actual fly and not an hallucination.

I did find your article very interesting. My previous darling Jack Russell did that. We thought it was just the magnificent eyebrows that he had. He unfortunately developed a melanoma that progressed extremely fast on the white of his eye. We were taking him to the vet weekly and at his final visit the vet told us that it was slowing down a little and was quite happy with that week’s pressure test. Sadly, three days after that he had what we think was a seizure and died. You have me thinking now that maybe it wasn’t the cancer that took him so quickly. I wish that I knew about the syndrome then. He was a beautiful boy and he is missed so much everyday. Thank you for your blog.