Is The French Bulldog The Dog For You? 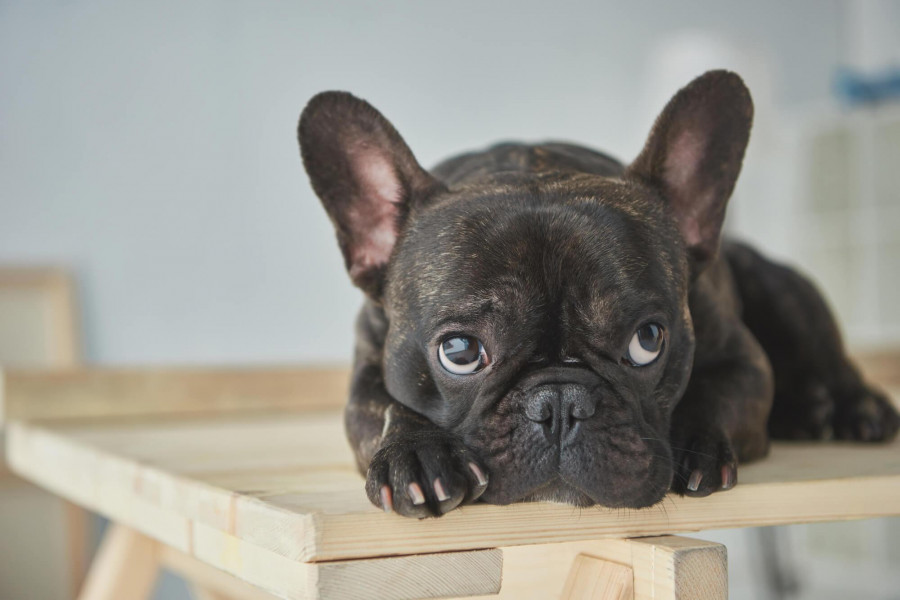 There are few things cuter than a French Bulldog. Between the wrinkly puppies and their clown-like personality, it’s hard not to be smitten as soon as you see one. No surprise, they are a popular breed here in Australia and very sought after. But as we all know, looks are not everything and the dog you choose needs to be a right fit as it is a lifelong commitment. The French Bulldog definitely has its pluses and minuses when it comes to ownership. Check out this information to see if the French Bulldog is the dog for you.

The French Bulldog has a romantic history – having first been “discovered” by lace makers during the industrial revolution (mid-1800s) in England. This group of artisans favoured their dogs, and when the trade moved to France, they took their little bulldogs with them. It is believed they were originally just small English bulldogs, but in France they were most likely mixed with a few other breeds, such as the Pug and maybe a terrier or two. It was also in France where the breed “took off” attracting the attention of those living in the city and getting an official name “Bouledogue Francais” – French Bulldog.

The breed quickly spread in popularity throughout Europe (except in England where the English Bulldog was still the favourite) and to America, where those large bat ears became the standard for the breed. Today, the French Bulldog is one of the most popular breeds in the world and just like in Paris in the 1800s, it’s a favourite among urbanites. Today’s Frenchie is around 27 – 33cm tall, weighs under 15 kg and lives to be roughly 12 years old.

One of the best qualities of the French Bulldog is their temperament. These happy clowns brighten up any room they enter and are always the center of attention. They love human interaction, especially messages and scratches. They also love to play, making them a great all-around companion for a family. They are not big barkers, which is one of the reasons they are so well liked in urban housing, such as apartments and condos.

They do have another side to their personality, however. Having a Napoleon complex, the French Bulldog does not know they are small and are usually fearless – this includes not backing down if a big dog comes at them. This means care should be taken if you want a Frenchie to live with another dog. Interesting, they usually get along best with other Frenchies, or dogs of similar size, according to the French Bulldogs Australia group. They often guard both their human as well as anything they see as theirs, including food, toys and treats, which can be a problem with other dogs, but also children who may try to grab things from the Frenchie.

Frenchies do have energy and like to play, but it’s not never-ending. A nice brisk walk or a short game of fetch should satisfy your French Bulldog’s activity needs for the day. Remember that since they are a brachycephalic (short nosed) dog breed, they often have trouble breathing and can get over exhausted or overheat quicker than other breeds. Activity should be kept low key in the heat – opt for early morning or late-night walks and keep them shorter during the hot summer months.

French Bulldogs do not need a lot of space – just a spot on your couch, bed or lap! You don’t have to have a yard to keep a French Bulldog happy. In fact, they do not want to be an outdoor dog. They want to be in with you, doing whatever you are doing – and making you laugh with their antics. They are great for small homes, doing fine in apartments and condos as long as they get a brisk walk or a game of fetch at a quiet off-leash area. (Remember they don’t always play well with others, so off leash dog parks are not recommended for most Frenchies).

Unfortunately, the French Bulldog has quite a few health issues. The joke with veterinarians’ is that French and English Bulldog owners pay for their vacation homes. This does not mean you cannot have a French Bulldog live a long life. It just means to you need to be extra careful about where your Frenchie comes from – a respectable breeder is a must – and you need to take some precautions when it comes to activities that can cause harm.

Like many breeds, your Frenchie’s breeder should check for hip and eye issues that are hereditary in the breed, which includes cataracts and hip dysplasia. Another disease that is hereditary and should be checked for is degenerative myelopathy. Like hip and eye issues, DM is found in many breeds (at least 135), so the Frenchie is not alone. It’s just a good thing to check for as it’s a debilitating disease that affects the spinal cord and results in euthanasia when the dog can no longer stand.

Due to the breeds short nose, they are at risk any time they are put under anesthesia, so it’s good to make sure your vet it used to working with brachycephalic dogs. Some anesthesia drugs are better for these breeds than others, so do your research and ask your vet lots of questions before putting them under. For routine procedures, such as dentals, it’s better to do non-anesthesia when possible. And remember, those short noses mean they over heat easily, so watch them in hot weather.

Their solid body mass means they are not swimmers, so watch them by pools, bathtubs, lakes, rivers, etc. as they can easily drown. Also, due to their lack of tail (developed from a mutation), they often can have back and spine issues. It is recommended to watch your Frenchie and avoid allowing them to jump up or down off anything too high. Many French Bulldogs end up with slipped or herniated discs that require surgery to correct.

Finally, French Bulldogs often have environmental and food allergies. Again, breeders should be testing their breeding stock for allergies, which are often inherited. Thankfully, if your dog does develop allergies, a simple change to their lifestyle and possible medication from the vet can help your Frenchie live comfortably. Other skin issues include problems with their wrinkles if they are not kept clean and dry and aural hematomas, which is a collection of blood outside blood vessels that appear most often on the ears.

All around, it’s a good idea to take in consideration whether you can afford some fairly hefty vet bills before adding a French Bulldog to your home, so you are prepared.

French Bulldogs are smart and can be trained to do almost anything – from agility to scent work and obedience. However, this does not mean they are always easy to train! French Bulldogs have a personality that some label as “stubborn.” What that really means is that they often find other things more interesting than whatever it is you are trying to train them. For example, chasing a rabbit (remember they have terrier in them!) or getting their behind scratched by you, rather than perfecting a sit-stay.

Since they tend to be guarders of food, toys and even people, it is important to work on behaviours like “drop it” and “leave it” regardless of whether your French Bulldog is going to be competing in obedience or just the family pet.

They respond really well to positive reinforcement training, where they are getting something for their work. Using their kibble as a reward is a great way to train your dog to have a work ethic (he has to work to be fed!) and to train without your French Bulldog gaining extra weight, which is a strain on his back as well as his already laboured breathing.

If you think the French Bulldog is the dog for you, be sure to do your research and get a puppy from a responsible breeder and don’t over pay just for colour! The French Bulldogs Australia website is a good place to start. Then, keep in mind their health issues and needs and you are sure to have a happy, healthy French Bulldog.