The Hunger Genes Is your dog always hungry? Maybe it’s in his genes—at least, if he’s a Labrador Retriever. 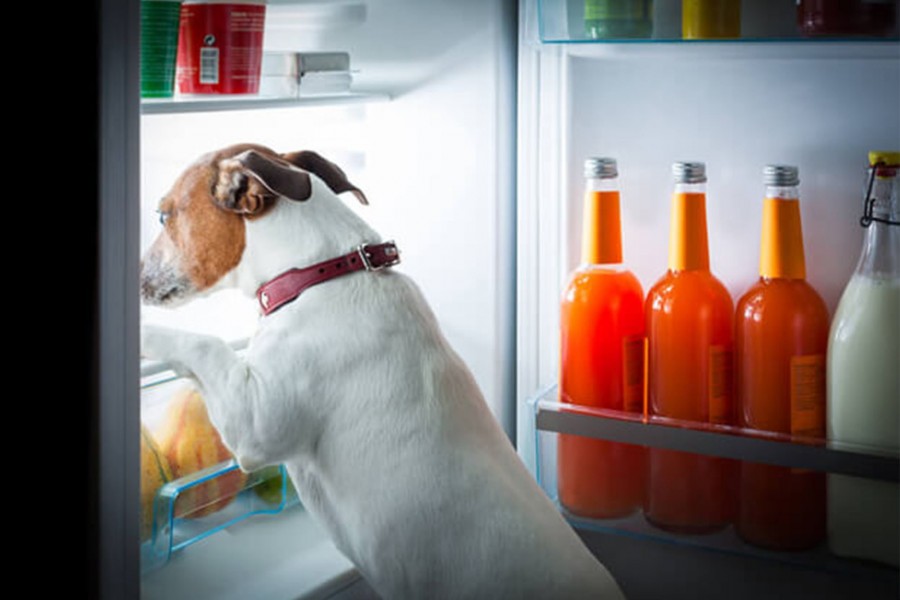 Let’s face it: Most dogs love to eat, and they’d eat themselves into obesity if we let them. It’s part of their feast or famine evolutionary history. Wolves evolved to stuff themselves when their pack brought down large prey, and then starve themselves until the next kill. To some extent, domestic dogs still have this “eat it while you can” mentality. But we do feed our dogs every day, so they really aren’t starving (well, maybe in their mind!) by the time mealtime rolls around.

As with humans, obesity in dogs is on the rise. In developed countries, from 34 to 59 percent of all dogs are obese. The rate is higher in some breeds than in others. The Labrador Retriever leads the list with about 60 percent of the breed reported as obese. Lab owners are used to swapping stories about the incredible eating feats of their dogs. It turns out, some Labs appear to have a hunger gene.

Of the 33 other breeds examined, only the Flat-Coated Retriever was found to share the same mutation. That doesn’t mean the mutation isn’t present in any other breeds; it may be that more breeds need to be examined, or more individuals within a breed. Beagles are another breed famous for their appetite but it was not found in the 17 Beagles examined. Nor was the mutation found in the 55 Golden Retrievers studied. Other breeds in which at least 10 dogs were studied (and no mutation found) were the Bearded Collie, Bernese Mountain Dog, Border Collie, Boxer, Giant Schnauzer, Great Dane, Hovawart, Irish Wolfhound, Newfoundland, Poodle, Rottweiler, Chinese Shar Pei, Swedish Elkhound, and Welsh Springer Spaniel.

It’s also likely the POMC mutation may not be the only hunger-related mutation found in dogs. It’s possible different breeds may have different mutations. But for now, the POMC is the only one to be identified.

It’s not yet possible to have your Lab tested for the mutation. But even if your dog does have it, it doesn’t doom him to a life of obesity. But it does mean YOU have to be extra vigilant and learn to control his food intake, probably from an early age. As the saying goes: There may be reasons, but there are no excuses!

Future research will seek to understand how the mutation affects the chemical pathways and hopefully, develop therapeutic protocols to combat the effects. Meanwhile, hide the food bag!